About Phu My Hung Company

“On the wild marshland, a group of people have tried their best over the past 15 years to set up the current Phu My Hung New Urban Area. Based on these sizable projects, another group of people continue to develop HoChiMinh City toward the East Sea”. (Lawrence S. Ting, the late Chairman of CT&D Group and Phu My Hung Corp.)

Phu My Hung Development Corporation (PMH Corp) – The Infrastructure developer of the New City Center. The company was established on May 19th, 1993 as a joint-venture between the HoChiMinh City People’s Committee (represented by the Tan Thuan Industrial Promotion Company) and Phu My Hung Asia Holdings Corporation (Formerly Central Trading & Development Group (CT&D – Taiwan)) 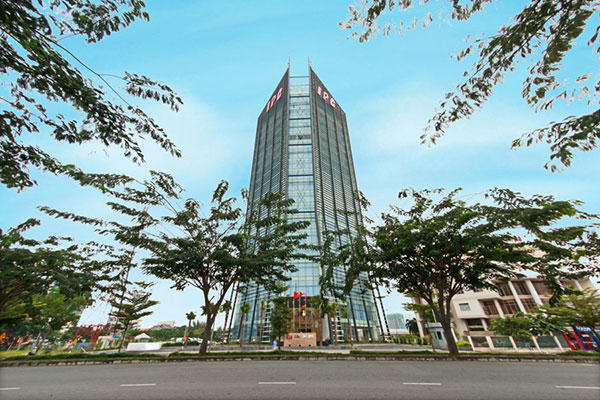 This is also the first infrastructure project of attracting foreign investment in Vietnam. After 25-year development, IPC has become one of typical businesses of the city in investing infrastructure for the economic growth and urban development, executing the “Eastbound Sea movement” strategy and playing important role in promoting the development of South area of HCM City.

IPC comes up with innovative and pioneering projects that create initiatives for the new policies and models in boosting the economic and urban growth as well as transferring the marsh land in South area of HCM city into the industrial zones and modern city center with well-established infrastructure.

The key resources of IPC are creativity and great economic vision, human resource management in line with scientific researches that turn concepts into feasible projects. Therefore, IPC is now an efficient supporter of the State in creating attractive environment for domestic and foreign companies’ investments. IPC always places the benefits of the society and economic on the top when executing projects of developing HCM city in general and the South area in particular.

After 25 years of development, IPC has been awarded the “First-grade Labor Medal” and the Prime Mister’s Certificate of Merit …

Phu My Hung Asia Holdings Corporation is a Taipei-based company formed by a group of international entrepreneurs who have played a significant role in the extraordinary economic transformation of Taiwan, and who have demonstrated the ability to successfully anticipate and capitalize on the rapid changes in the Asian business world. The management team of Phu My Hung Asia Holdings Corporation possesses the necessary ingredients for success–a long-term vision, resourcefulness, perseverance, and professional management.

To achieve this objective, Phu My Hung Asia Holdings Corporation has adhered to its policy of innovation, efficiency, reliability and simplicity in all of its investments and has, thus far, been successful.

Phu My Hung Corp. builds the 17.8 km long, 120m wide, 10-lane Nguyen Van Linh Parkway (six high-speed and four mixed lanes). As for the section through Phu My Hung New City Center, there are 14 lanes. The 18m~36m wide green land in the middle of the Parkway is reserved for metro projects and future expansion plans. This Parkway, which is newly-built across the marsh land of Nha Be County (District 7 now), District 8 and Binh Chanh County, has become the artery to transport goods from HoChiMinh City to the Mekong Delta, and opened a new opportunity to expand HoChiMinh City southwards according to the urban project approved by the Government. It also plays an important catalyst to propel the HoChiMinh City southern urbanization, changes a large number of farmers to become city-dwellers and the marshland into a modern city, boosting the economic development of the entire Southern areas and HoChiMinh City. In the near future, Nguyen Van Linh Parkway will connect District 7 with District 2 through Phu My Bridge, linking Eastern and Western provinces. Nguyen Van Linh Parkway was built in three stages. The first 2-lanes were completed in 1998; the second 4~6 lanes in 2003, and entire 10-lane parkway was fully inaugurated on Dec. 30th, 2007. On this memorable occasion, Phu My Hung Corp. was honorably awarded the first grade Labor Medal by the Vietnamese Government.

Phu My Hung Corp. builds the infrastructure of 150 ha of land for community uses, and hands it over to HoChiMinh City People s’ Committee.

Phu My Hung Corp. develops five modern urban complexes (named site A, B, C, D & E) along Nguyen Van Linh Parkway. This massive project has been considered the first step in the expansion plan of HoChiMinh City towards the East Sea.


The New City Center (Saigon South) Master Plan presents a historic opportunity for Vietnam and HoChiMinh City to re-establish its position in the global economy while creating a modern well-planned city that can become the most desirable international business location in Southeast Asia.

On the land area of 2,600 ha situating in parallel with HoChiMinh City to the South, Phu My Hung Corp. has been permitted to develop 750ha of land to build a model city. Designed by Skidmore, Owings & Merrill (USA), the New City Center was approved by Vietnam’s Prime Minister on December 8th, 1994. In addition, the government also signed the Decision on March 3rd, 1995, to establish the Management Authority for Southern Area Development of HoChiMinh City (MASD) with a “one-stop application procedure” in the New City Center.


The New City Center (Saigon South) is the first step in the envisioned expansion of HoChiMinh City’s growing metropolis. The development of the New City Center is a key component of Vietnam’s comprehensive plans for the Southern Focal Economic Area (SFEA) that includes HoChiMinh City, Dong Nai, Ba Ria Vung Tau province. The SFEA and Phu My Hung New Urban Development are poised to become a center for international finance, trade, accommodation, entertainment, cultural, scientific, high technological and tourism development in Vietnam. This urban plan will accommodate future demands and a projected increase in population to 10 million people over the next decade.

Vietnam’s Prime Minister has endorsed this master plan and declared the new development, “a new urban center develops in parallel with the existing center and plays an integral part in the development of HoChiMinh City. It is a center for commerce, finance, services, science, cultures, education, accommodation, entertainment and transportation, etc., supporting the development of the existing city and playing as a propelling force for the HoChiMinh CitySouthern and Eastern expansion. (Extracted from Decision 749/TTg, by the Prime Minister on December 8, 1994)

A modern city developed within an environmental framework is the unique identity and attractiveness of this New City Center. The existing greenery will be re-created for parks, reserves, golf course, entertainment amenities. It is the city’s great interest to protect its environment features while providing for growth and development. The existing waterways will form a system of “green fingers” between the development sites. These will provide a relief to the density of urban development. That is one of the most outstanding features that helps Phu My Hung New City Center win the two honorable awards for best urban design: The Progressive Architecture Citation in 1995 and the American Institute of Architecture (AIA) honor award in 1997. The AIA jury described, “This project has its roots in the history of city making with its geometry derived from the history of the land. It serves as an example for other mega-developments that are occurring in areas like Southeast Asia.” The Phu My Hung New City Center is the first Asian city to win this award.

After over 15 years of development, “Site A – Phu My Hung New City Center” has taken into shape with modern architectures in harmony with the well-built infrastructure and has set a new living standard in Ho Chi Minh City. On June 26th, 2008, The Minister of Construction Nguyen Hong Quan and HoChiMinh City People’s Committee Chairman Le Hoang Quan presented Phu My Hung the Certificate to recognize Phu My Hung “A new model city” as stated in the Decision 860/QĐ-BXD

– Nguyen Van Linh Parkway is the central infrastructure project of the New City Center. The road will become an important east-west connection from National Highway 1 to District 2 and eastern provinces. This 17.8km long parkway is a 10-lane road with six fast-speed lanes and four mixed-used lanes allowing for slow auto, motorbike, and bicycle traffic (except for the 14 lanes of the section through Site A). There is also a land reserve of 18~36 meters in the center for future transit or road expansion.

– Being newly built across the marshland of Nha Be County (District 7 now), District 8 and Binh Chanh County, Nguyen Van Linh Parkway has become the artery to transport goods from HoChiMinh City to the Mekong Delta areas and opened a new opportunity for HoChiMinh City Southern expansion according to the approved plan. This route has also played an important role to propel the urbanization, economic development of the entire Southern areas and HoChiMinh City.

– Phu My Hung New City Center is located south of existing HoChiMinh City across the Doi Canal. There are several existing and new bridges to the existing city – Tan Thuan Bridge, Y-shaped Bridge, Nguyen Tri Phuong Bridge, Ong Lanh Bridge, Kenh Te Bridge (operation in 2004). There are also new routes being built like Nguyen Van Cu bridge linking Dist.5 to Dist.7, Phu My bridge connecting Dist. 7 to Dist. 2, helping to improve the traffic network from Phu My Hung to other districts, the Eastern and Southern provinces of Vietnam.

– In addition, the streets of the New City Center have variety and interest while maintaining accessibility throughout the city. The 17.5m~48m streets are organized in a grid system that provides efficient movement. Streets are typically oriented to special amenities and are landscaped to provide shade and comfort for pedestrian movement.

Phu My Hung is a modern New City Center, built from the marshland in the south of HoChiMinh City. Through 20 years of development, there have been many important facts, which have marked the changes of the land and achievements through the great efforts of the investors and the government.

Here is the brief introduction of the important milestones:

10 reasons to buy a house in Phu My Hung