Phu My Hung Development Corporation was established on 19/05/1993, which was a cooperation between IPC and Phu My Hung Asia Holdings (Formerly as CT&D – Taiwan) 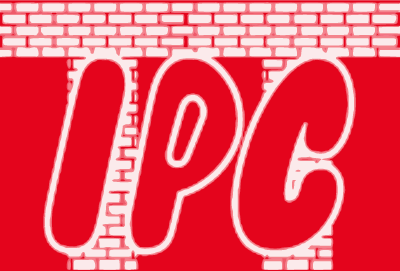 The function of Phu My Hung Development Corporation

The street length is 17.8km, 120m in width with 10 driving lanes including 6 highway lanes and 4 mixed lanes; except the part crossing through Zone A – The heart of Phu My Hung Urban area has 14 driving lanes. The centre of the street is a park with a width of 18 – 36m that expected to be a future metro

In a radius of urban construction and development with the land size of 2,600ha along with Nguyen Van Linh Parkway length of 17.8km at the Southern HCMC, Master planner Skidmore, Owing & Merrill (America) had planned 21 functional areas. Particularly, Phu My Hung Development Corporation had developed 5 urban zone over 750ha, included:

On 30/12/1996, the Parkway started to construct with an important responsibility, contributed to bring the South of HCMC particularly and other important economic zones of East South of Vietnam coming to a new page

In 2007, Nguyen Van Linh Parkway was completed, becoming the arterial route to deliver goods from HCMC to other provinces of Mekong Delta and vice versa. This is also important leverage to boost the urbanization process and restore salty agricultural soil land to become a modern urban area in the 21st century.

After many development decades, the success of Phu My Hung urban area and Nguyen Van Linh Parkway not only created the advantage for the Southern area, but also have an essential element for the complete development of the South Triangle Economic Zone, which is HCMC – Dong Nai – Ba Ria Vung Tau 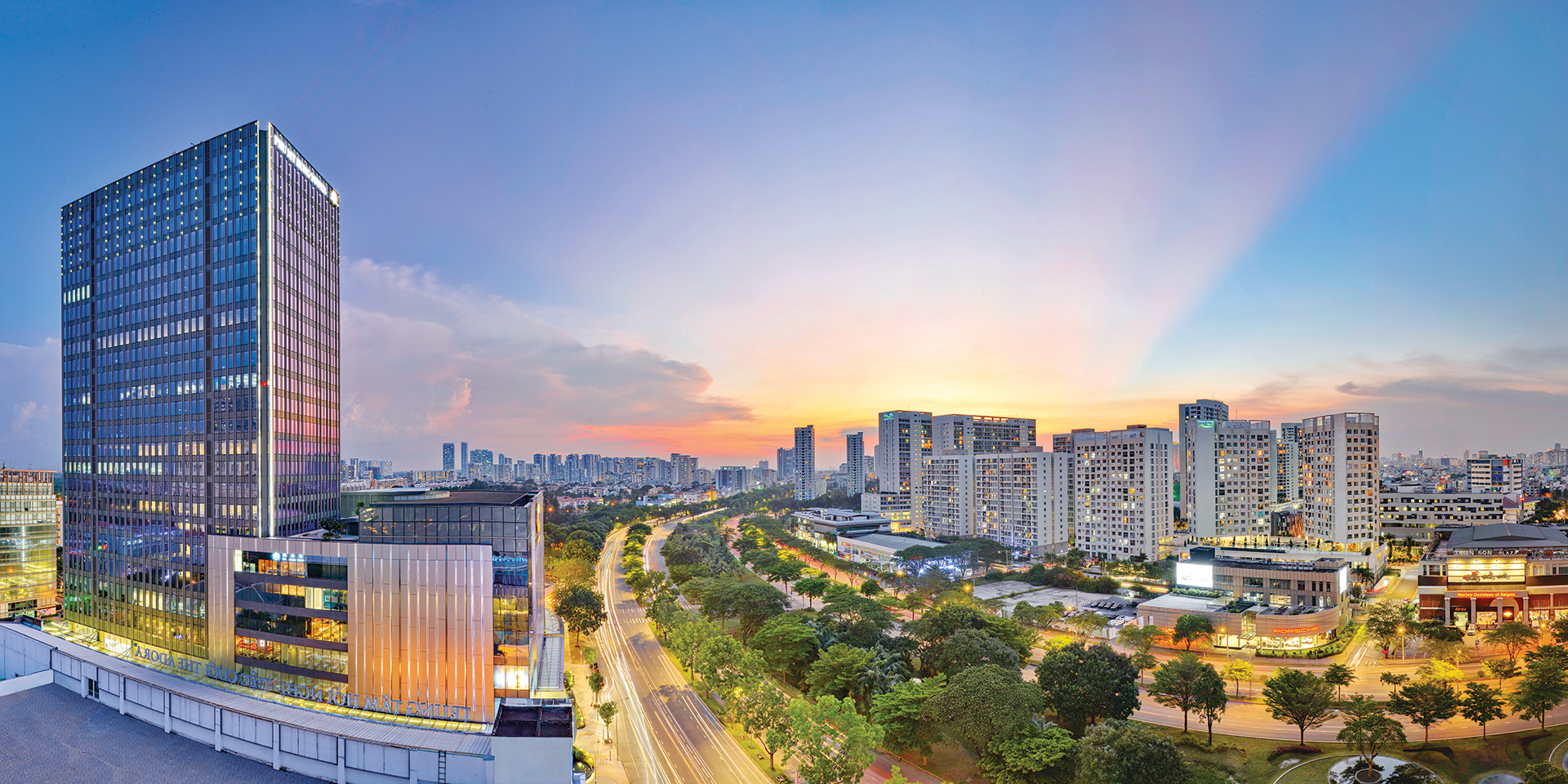 While globalization and international economic integration are growing, the role of HCMC is a multipolar, multicenter and multifunctional city. Essential demands have set the new development orientation for the city: expand terrain limitation as well as feature, the scale of economic types. The creation of Phu My Hung urban area is an answer. This is also the first step in HCMC’s extension to the South program & moving towards the South China Sea, following the global trend of other large metropolises.

In the investment decision QĐ 749/TTg on 08/12/1994, the duty and function of Phu My Hung urban area was determined as: “New Urban Area develops simultaneously with the city, is a component of HCMC. This is a mixed-use and multifunctional area: Center Business District, Commerce, Service, Industrial, Science, Culture, Education, Residence, Leisure… strengthens the development of current inner-city and motivates for the growth of the South and East South of HCMC”.

With the leading role and as a fundamental for process of “Moving toward China South Sea” program, Phu My Hung Development Corporation has started the formative journey of urban area from a swampy area, lack of economic values.

“On the sour and salty land that had never explored, there was a group of pioneers who had strived for 15 years to create Phu My Hung new urban area and on a fundamental for many completed projects up until today, there is still another group of people who are endeavouring for a bigger orientation, which is to develop the HCMC towards the China South Sea” (cited from Mr. Lawrence S. Ting speech – Late Chairman of Phu My Hung Development Corporation).

After 3 development decades, besides Zone A – Phu My Hung City has formed with the appearance, amenities and position that reached international standard. Currently, Phu My Hung Corp. has been ready for expansion journey throughout the country with the goal “Broaden standard living environment with a distinguished residential community”. 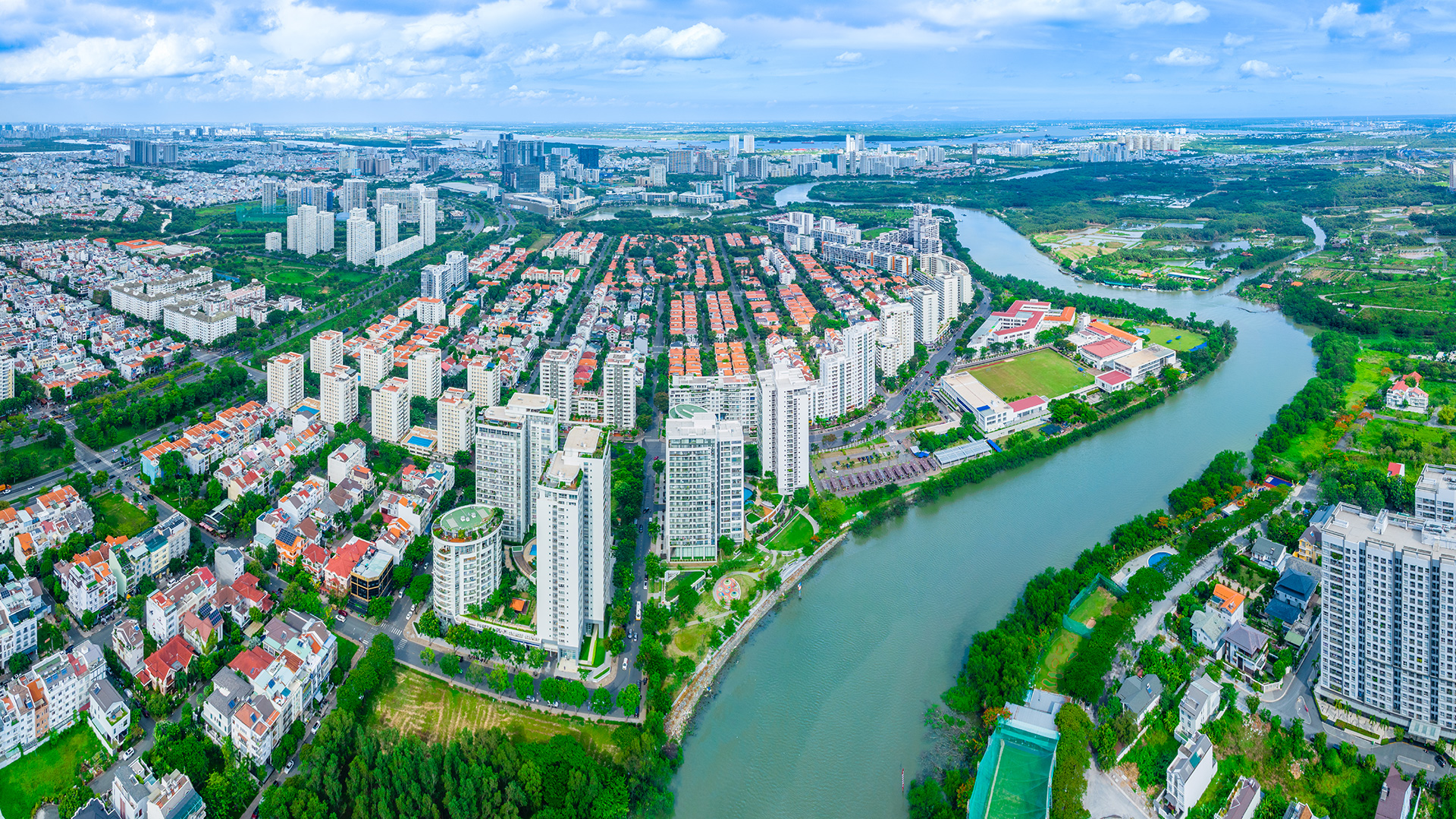 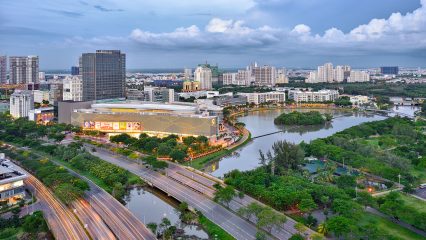 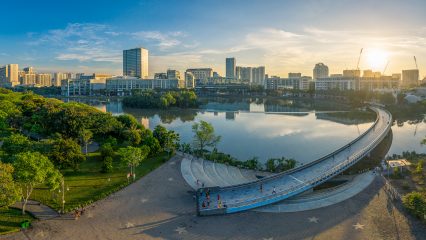 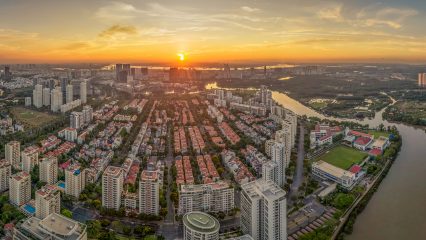 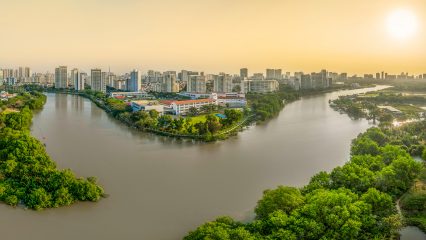 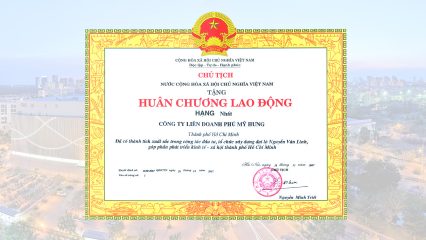 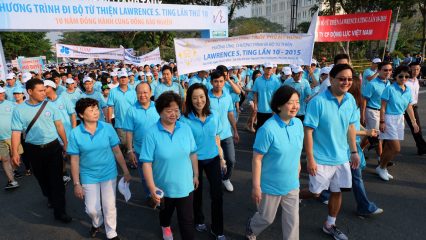 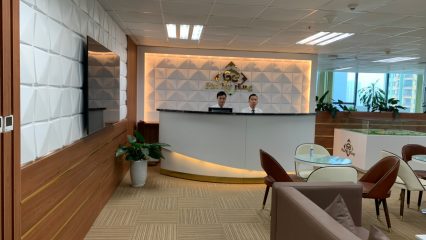 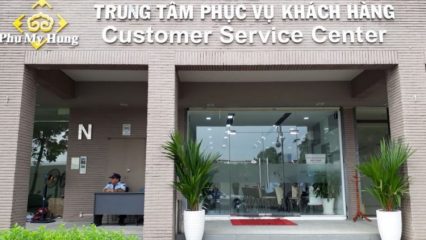 IPC – Vietnam was established at the beginning of the reformation era (1989), with the purpose is to develop export processing zones for the socioeconomics growth of HCMC. Tan Thuan Export Processing Zone was created during that situation, and Phu My Hung Urban area was the subsequent project. This is also the first national infrastructure project that was created from foreign capital investment appeal.

Site A was constructed and developed based on modern international standards in terms of technical and social infrastructure as well as high-class architecture that harmonizes with nature. The functionality includes: Commerce, finance, service, residence, leisure, medicine, culture, education… This is called the heart of the entire urban area.

Phu My Hung Urban area is organized into 8 districts with the design ideas is simulated from the global glamorous landscape like Singapore Bay, Canal District and Wall Street in the States, Causeway Bay Street in Hong Kong… Distinct architecture and function of each district will create a complete functional urban area with a vibrant and modern atmosphere as well as provide a living environment that meets the standard of 8.9m2 green space/person

The establishment of Phu My Hung with complete functionality has enhanced the living standards of the community, made a new transformation for HCMC and deserved to be a leading role for HCMC’s development toward East Sea

The University Place’s size is 95ha. There is 18ha used for public amenities like school, park, government building and other supporting constructions. This is a multi-functional district including: residence, business and trading, local services and public amenities.

Site C was constructed at the intersection of Nguyen Van Linh Parkway and Huong Lo 7 Street with a size of 46ha. This is where factories related to Hi-tech development gather in Vietnam.

Hi-Tech Center is surrounded by a multi-functional area that creates advanced conditions for scientists, residents, workers living here as well as students at the Universities next to Site B. This is an attractive feature for overseas Vietnamese, businesses and modern high-tech factories.

Site D is located at the West of Merchandise Center I, at the T-intersection of Ben Luc River and Can Giuoc River, which creates an ideal location for port-related uses.

The function of Merchansie Center II is a big junction of the port for goods trading and distribution to easily deploy the ideal location (Can Giuoc River connects “Merchandise Center II” and agricultural area of the Southern) for food storage, relevant industrial goods and some multi-functional areas of commerce and residence. In the future, this will become a place for industrial warehouse, junction of goods distribution

The planned land area is around 85ha, which has 5ha for public amenities like schools, parks, government offices and other supporting constructions. The expected population is about 11,000 people with a population density of 130 people/ha

“Merchandise Center I” is located at a very convenient for transporting different directions by waterways or roads. There are 14ha backup land for public amenities for park, school and supporting services